The second event in our Online Series was CHERN China-Europe research highlights – Global Views of China, a presentation of the Sinophone Borderlands project’s public opinion surveys conducted in 13 European countries. A series of large-scale representative surveys of public opinion investigating global views of China were conducted in the fall of 2020 in the Czech Republic, Slovakia, Hungary, Poland, UK, Germany, France, Spain, Italy, Sweden, Latvia, Serbia, and Russia. The head of the Palacky University Olomouc team that was in charge of the surveys, Richard Q. Turcsányi, presented the research and main findings, while team partners and CHERN members Tim Rühlig, Una Aleksandra Bērziņa-Čerenkova, and Jelena Gledić introduced some interesting country-specific results. The presentation was followed by an extensive Q&A session with the audience, covering a number of topics related to China-Europe relations.

Read the summary comparative report for all the surveyed countries

Read the policy brief that the presenters authored based on the results of the survey, as part of the new CHERN Policy Brief series

See a recording of the presentations: 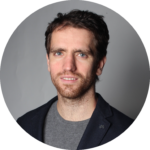 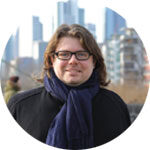 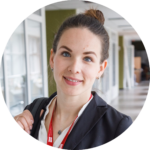 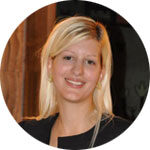 Richard Q. Turcsanyi is a Key Researcher at Palacky University Olomouc, Assistant Professor at Mendel University in Brno, and Program Director at the Central European Institute of Asian Studies (CEIAS.eu). He holds a Ph.D. in International Relations and further degrees in economy and political science. In past, he conducted long-term research stays at the University of Toronto, Peking University, National Chengchi University in Taipei, and the European Institute for Asian Studies in Brussels. He is an author of “Chinese Assertiveness in the South China Sea” and has published a number of academic articles and opinion pieces on Chinese foreign policy and relations between China and (Central and Eastern) Europe. He is a member of various networks focusing on contemporary China and EU-China relations, including European Think Tank Network on China (ETNC), a COST action “China in Europe Research Network” (CHERN), or Chinese Observers in Central and Eastern Europe (CHOICE).

Dr Tim Rühlig is a research fellow at The Swedish Institute of International Affairs (Utrikespolitiska institutet, UI) in Stockholm researching Europe-China relations, Chinese foreign and industrial policy including high technology and Hong Kong politics. His current projects focus on China’s growing footprint in technical standardization, European and Chinese smart seaport approaches, the emerging US-China technology rivalry and its implications for Europe as well as the politics of Hong Kong.

Dr. Una Aleksandra Bērziņa-Čerenkova is a political scientist, China scholar, Head of Political Science PhD programme and China Studies Centre at Riga Stradins University, Head of Asia programme at the Latvian Institute of International Affairs, a member of CHERN and European Think-tank Network on China (ETNC). After having defended her doctoral dissertation on Chinese political discourse in the Hu Jintao period, she has held a Senior visiting research scholar position at Fudan University School of Philosophy, Shanghai, China and a Fulbright visiting scholar position at the Center for East Asia Studies, Stanford University.

Jelena Gledić is Senior Instructor at the University of Belgrade where she teaches a range of undergraduate courses in the field of Chinese language and culture at the Faculty of Philology. She also held a cross-appointment at Osaka University’s Graduate School of Language and Culture as Specially Appointed Associate Professor. Her recent research has mainly been focused on the Chinese presence in the Western Balkans. In addition to her research on China, she has been active in the field of teaching and learning innovation, doing extensive fieldwork at universities in the US, UK, China and Japan, and working as project assistant at the University of Zurich’s Language and Space Lab.