The second cycle of our Online Series concluded with another CHERN research and communication skills workshop – How to do surveys studying public opinion attitudes towards China. The workshop was held by Richard Q. Turcsányi (Palacky University Olomouc), head of the team in charge of conducting public opinion surveys in 13 European countries as part of the Sinophone Borderlands project.

The workshop built on the experience from this project, which is currently also running public opinion surveys of attitudes towards China (and other issues) in 15 Asian countries. The goal of the workshop was to present an overall outlook of how the surveys have been organized in order to give participants enough information to potentially replicate it in other countries or apply this knowledge to other research goals. We looked into organization aspects as well as into the research design and the questionnaire. Participants also gained insight into the data that is available for analysis, which could potentially lead to research collaboration. The workshop will be interactive.

Through the workshop, participants learned how to organize and implement large scale public opinion surveys, with a special focus on China-related topics. 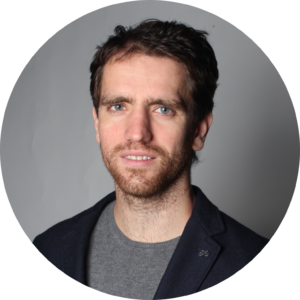 Richard Q. Turcsanyi is a Key Researcher at Palacky University Olomouc, Assistant Professor at Mendel University in Brno, and Program Director at the Central European Institute of Asian Studies. He holds a Ph.D. in International Relations and further degrees in economy and political science. In past, he conducted long-term research stays at the University of Toronto, Peking University, National Chengchi University in Taipei, and the European Institute for Asian Studies in Brussels. He is an author of “Chinese Assertiveness in the South China Sea” and has published a number of academic articles and opinion pieces on Chinese foreign policy and relations between China and (Central and Eastern) Europe. He is a member of various networks focusing on contemporary China and EU-China relations, including European Think Tank Network on China (ETNC), a COST action “China in Europe Research Network” (CHERN), or Chinese Observers in Central and Eastern Europe (CHOICE).