The third Research Highlights event in our Online Series was a presentation by Ivana Karásková, Founder and Leader of MapInfluenCE and China Observers in Central and Eastern Europe (CHOICE) projects and an in-house China Research Fellow at the Association for International Affairs (AMO) in Prague, Czech Republic, entitled Careful or Careless? Central and Eastern Europe’s position on China and 5G.

The cooperation mechanism between China and Central, Eastern and Southern European countries (the so-called 17+1 format) has been labeled as China’s “Trojan horse” in Europe, as various countries within the platform on various occasions undermined the joint EU stance on China. While the EU is concerned about any potential ‘divide & conquer’ strategy deployed by Beijing, regional politicians have lamented the empty promises of growing Chinese investment, which have largely failed to materialize and called the 17+1 format ineffective. Debates around 5G technology add to the complexity of this situation. Lithuania already announced it is bidding farewell to the 17+1 format. Will other follow? Or will they leverage their position within the format and try to increase their appeal for Beijing? Is Central and Eastern Europe’s position on China careful or careless?

See a recording of the presentation:

Huawei in Central and Eastern Europe: Trends and Forecasts 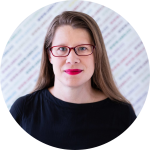 Dr. Ivana Karásková is a Founder and Leader of MapInfluenCE and China Observers in Central and Eastern Europe (CHOICE) projects and an in-house China Research Fellow at the Association for International Affairs (AMO) in Prague, Czech Republic.

She founded AMO Lectures for Young Asia Scholars (ALYAS) and designed and has been coordinating projects MapInfluenCE, mapping China’s influence in Central Europe, and China Observers in Central and Eastern Europe (CHOICE), a collaborative international platform bringing together China experts from 17 CEE countries.

She holds a Ph.D. in International Relations from Charles University, and other university degrees in Journalism and Media Studies and European Studies and International Relations. Since 2014, she has been a lecturer in China’s geopolitics, EU-China relations and security in Northeast Asia at Charles University. Ivana completed research and study stays in China (Fudan University, East China Normal University) and Taiwan (Tamkang University, Chengchi University). In 2009-2010 she was a Fulbright scholar at Weatherhead East Asian Institute at Columbia University in New York. Ivana is an alumna of the US State Department’s International Visitors Leadership Program (IVLP) on Investment Screening Mechanism, a Czech member of China expert pool at the European Center of Excellence for Countering Hybrid Threats (Hybrid CoE) in Helsinki and a European China Policy Fellow at MERICS in Berlin.