The CHERN Online Series kicked off its second year with the 4th China-Europe Research Highlights event entitled The China factor in the Russia-Ukraine conflict: Implications for EU-China relations.

On February 4th, just weeks before Russia’s invasion of Ukraine, Presidents Xi Jinping and Vladimir Putin signed a comprehensive agreement indicating that the friendship between the two countries is without limits. Once the war broke out, China neither joined the west’s sanctions nor did it openly breach them. China support Russia, but only half-heartedly.

How can we best explain China’s stance on Russia? What are the strategic implications for Europe and EU-China relations both in the short- and in the long-term?

Join us to discuss these questions with three CHERN researchers:

Dr. Una Aleksandra Bērziņa-Čerenkova, Head of Riga Stradins University China Studies Centre, Head of the Asia program at the Latvian Institute of International Affairs, and author of the new book “Perfect Imbalance: China And Russia” (2022, World Scientific).
Dr. Miguel Otero-Iglesias, Senior Analyst at the Elcano Royal Institute and Professor at IE School of Global and Public Affairs. He has just published his paper “Can the Russian economy withstand the sanctions?” discussing, among other aspects, the role of China in the sanctions regime against Russia.
Dr. Tim Nicholas Rühlig, Research Fellow at the German Council on Foreign Relations and Chair of CHERN Working Group 2 (High technology and innovation). His new paper “The China factor in Russia’s war” has just been published with DGAP

See the recording of the event 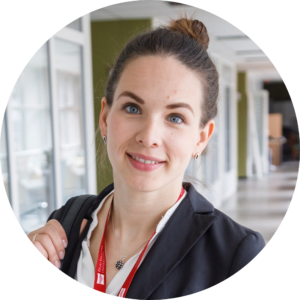 Una Aleksandra Bērziņa-Čerenkova is a political scientist, China scholar, Head of Political Science PhD program and China Studies Center at Riga Stradins University, Head of Asia program at the Latvian Institute of International Affairs, a member of CHERN and European Think-tank Network on China (ETNC). After having defended her doctoral dissertation on Chinese political discourse in the Hu Jintao period, she has held a Senior Visiting Research Scholar position at Fudan University School of Philosophy, Shanghai, a Fulbright Visiting Scholar position at the Stanford University Center for East Asia Studies, and a MERICS European China Policy fellowship. 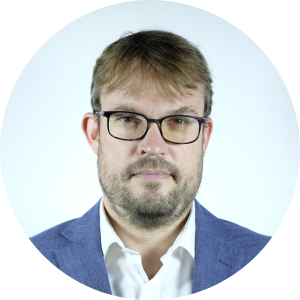 His main areas of expertise are: international and comparative political economy, international and European monetary affairs, the international financial architecture, global economic governance and the power triangle between the US, the EU and China and theories of money. He is the author of The Euro, the Dollar and the Global Financial Crisis: Currency Challenges seen from Emerging Markets (New York, Routledge, 2015). He has published in the leading academic journals in his field such as Review of International Political Economy, The World Economy, Journal of Common Market Studies and New Political Economy and contributed as a columnist or expert for international media such as El País, Financial Times, Libération, China Daily, Foreign Affairs, Foreign Policy, Reuters, Bloomberg and The New York Times, and offered policy advice to the Spanish Government, the OECD and the European Commission. He is a co-founder and coordinator of the European Think Tank Network on China (ETNC).

Dr Tim Rühlig is a Research Fellow at the German Council on Foreign Relations in Berlin and an Associate Fellow with The Swedish Institute of International Affairs in Stockholm analyzing Europe-China relations, Chinese foreign and industrial policy including high technology and Hong Kong affairs. His current research projects focus on China’s growing footprint in technical standardization, Chinese and European politics of smart ports, the emerging US-China technology rivalry and its implications for Europe as well as the politics of Hong Kong. In his thesis, he demonstrated how diverging sources of domestic legitimation coupled with a fragmented structure of the Chinese party-state and its underlying political economy result in contradictory Chinese foreign policy. Beyond his academic work, Rühlig has gained policy advice in the field of China’s high technology policy with several European actors, including the European Commission.