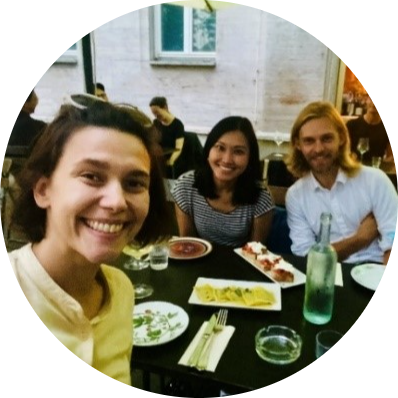 At the end of the summer, the CHERN-funded STSM programme brought together the three of us – researchers from different parts of Europe and different research background – to the Max Planck Institute for the History of Science. Andrea Braun Střelcová from the group “China in the Global System of Science”, who acted as the STSM host, is a researcher in higher education studies and research policy. The two STSM fellows were Mikkel Mouritzen (expertise in migration studies, mainly Europe-China highly skilled migration) and Dr Su Yun Woo (political science, with focus on urban governance and deliberative democracy). Su, who is a post-doctoral researcher, arrived to Berlin from the University of Zurich in mid-August. Mikkel, who is at the final stages of his PhD, came from Roskilde University one week later. Altogether, we spent three weeks in the quiet, green area of Berlin-Dahlem to work together on an issue critical for the healthy development of global research – the implications of China’s rise as a scientific power, in particular for European academia.

Collectively, we have acquired over ten years of living in various regions in China, with extensive experience in research projects with Chinese partners and professional collaboration with Chinese universities and other actors. Altogether, we could also draw on our background and experience from several European countries (Germany, Switzerland, Denmark, the Czech Republic, Finland, and France) and at the EU level. Therefore, the rich repertoire of practice allowed us discuss the issue holistically, with a focus on the broader European perspective.

At the start, we were even unsure what vocabulary to use when discussing the theme – shall we, for instance, discuss Chinese involvement as engagement, influence, or interference? Are there existing concepts and analytical frameworks that better address the issue? Here, the STSM format was very fruitful in getting to know each other. We developed many project ideas through countless hours of discussions based on joint research interests, laying the groundwork for our long-term cooperation. We were able to draw on the inter-disciplinary expertise of our project team to highlight salient issues going beyond the existing studies, many of which are one-dimensional in terms of the disciplinary focus. 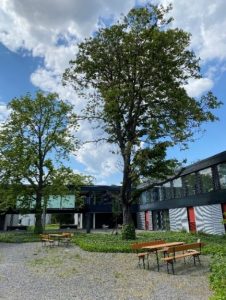 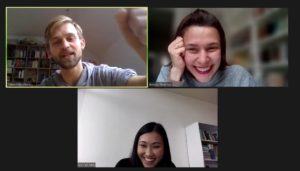 We spent time combing through news and studies to address some specific gaps in the current literature, periodically returning to several key recent reports, such as the Leiden Asia Centre series Strengthening Europe-China Collaboration in Higher Education and Research. In doing so, we uncovered new questions for further research. All in all, the available information points out the fact that China’s involvement in European research is influenced by a rather complex set of contextual variables that cannot be reduced to politics only. However, little research so far has addressed the phenomenon in its complexity.

On the one hand, what quickly became apparent to us was that the current Chinese approach to academic freedom is not aligned with European academic values. Several recent contentious issues illustrate the clash, such as the row over Confucius institutes’ presence in Germany, or the proposal to build a campus of Fudan University in Hungary. At the individual and network level, we discussed several important studies detailing the work of the United Front organizations in Switzerland or the Czech Republic, some publicized cases of alleged espionage of Chinese scientists in the US (and suspected racial profiling in this regard), even accusations and trials levelled against some European scientists (from Estonia or Germany) for ties with the Chinese state. Also, we discussed and read widely about the presence of Huawei in Spain and Germany, which concerns applied research, innovation, and commercialization of research. We also touched on the more long-term, persistent challenges identified by the European Union, such as the unequal access to data in collaborative research projects, IPR protection, uneven mobility flows of researchers and students to and from China, ethical challenges related to China’s human rights abuses, and the lack of academic freedom in China, especially in social science and humanities.

On the other hand, we are acutely aware of the fact that “you cannot manage what you do not measure”. It is imperative to conduct more critical and systematic research on this topic given the need to understand the academic involvement between European and Chinese researchers, networks and institutions. In the last twenty years, the number of student and scientific exchanges, institutional partnerships, joint projects, networks or labs collaboration have all grown. All three of us have also directly benefited from them, through scholarships, joint research centres and collaborative research partnerships. International cooperation is essential for pushing the boundaries of knowledge and innovation, and training future experts. Academia is one of the most globalized fields of work and today, China is already taking the lead in several fields. That is also why the EU-China research cooperation continues to develop, albeit more on an “eye-to-eye” level, especially concerning global challenges such as climate change and infectious diseases such as Covid-19.

A Considered Approach for Future Studies

As we delved into the topic, we could not help but notice that many of the current discussions around the issue have become polarized. Even in a traditionally more innocuous fields like higher education and research policy, the mood of suspicion and wariness pervades, with reports of alleged espionage amongst researchers and Chinese interference that aims at undermining academic freedom in Europe. In this highly politicized environment, an approach that navigates between the extremes of unrestrained cooperation on the one hand and restrictive containment on the other is still largely lacking. We recognized that it was vital to address the profound societal suspicions regarding the rise of China’s engagement (including occasional interference) in European research. Therefore, we propose a managed, considered approach which unravels the complex facets of the theme through a critical perspective. It asks questions while avoiding a naïve approach regarding the practical pitfalls and ethical ambiguity of engaging with China in certain fields.

We hope to further delve into the multifaceted ways in which various Chinese actors engage in and with European research. Our efforts reflect our modest ambition to contribute to future blueprints underpinned by an approach that constructively rises above the current politicization and polarization. We hope the existing assessment can be expanded, for the various European actors seeing the bigger picture, taking stock of both pitfalls and prospects when working with China. Therefore, we hope to inspire further research across the EU member states with the following questions:

The STSM led to an immensely fruitful cross-fertilization of ideas. In the end, the following outcomes took shape:

We consider our main output to be our preliminary research proposal, with the other endeavours supporting the implementation of such proposal. With the STSM, we have only begun to scratch the surface. We can by no means claim to have an exhaustive analysis. With China the 2nd largest R&D funder globally, and Chinese universities steadily climbing the world university rankings, such assessment will rather be a collective, evolving process involving many disciplines.

However, we are convinced that our modest effort throughout the STSM can generate some important insights. We hope the idea of a considered approach to study this topic will hopefully inspire future concerted, comprehensive studies across Europe. We are acutely aware of the need for evidence-based research and policy recommendations, without which managed, smart approach to China will hardly be possible. Further research is fundamental across Europe as different EU countries are affected differently, and non-EU-member countries are part of Europe’s scientific networks as well. Such complexity makes also data collection more difficult, making transnational scholarly endeavour on “research on research” between China and the EU a complex matter spanning all levels of participation.
We aim at further developing this project that aims at transcending interdisciplinary and geographical boundaries, in the name of open and critical research, needed to unravel China’s role in engagement with and in European academia. We look forward to developing the project further. We invite interested researchers to join us in this effort, conducted in an informal, friendly format. Most importantly, we thank once again the EU-funded COST Action CHERN for giving us the opportunity. We sincerely encourage all CHERN members to explore the STSM once another open call arrives! 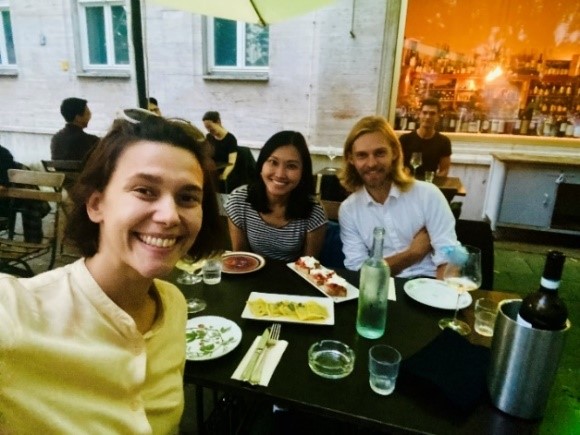