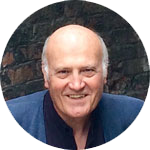 Scientific research initiatives usually arise from one or more of four sources: conceptual breakthroughs (eg. relativity in Einstein’s overturning of Newtonian physics); policy initiatives – and their intellectual groundings – that are failing (eg. economic and social neoliberalism); innovations demanded by crises (eg, the search for coronavirus vaccines); and the identification of emergent, but potentially important trends. CHERN was a consequence of the last of these.

The pre-history of CHERN from my perspective goes back to the early 2000s when researchers began to take cognisance of the then recent increase in China’s involvements with the developing world. In 2005, I was invited by Raphael Kaplinsky to associate with the ‘Asian Drivers of the World Economy’ initiative that he and John Humphrey were spearheading at the University of Sussex’s Institute of Development Studies (IDS). Subsequently incorporating colleagues at the University of Manchester where I was then based, this collaboration led to an application for a multi-million GBP research programme grant to investigate China-driven issues as they were beginning to pan-out in Africa, Asia and Latin America. Though our efforts ultimately ended in failure, it encouraged a number of us, both individually and through other collaborations, to pursue cognate initiatives and through these IDS and Manchester’s Institute of Development Policy and Management (IDPM – now the Global Development Institute), became leading centres for research on China and the developing world.

Though not initially involved with research on China, I had been studying aspects of economic and socio-political transformation in other parts of East Asia since my sojourn at the University of Hong Kong in the 1980s. Returning to Britain in the early 1990s, opportunities arose to work with colleagues at the Manchester Business School and subsequently IDPM on similar transformations in some of the Central and Eastern European countries (particularly Hungary and Slovenia) that were beginning to transition away from state-socialism. Maintaining this dual world-regional focus (East Asia and Central-Eastern Europe) – together with the occasional foray into other domains (eg. to South Africa to study retail-driven global production networks in agriculture) – absorbed most of my research and scholarly energies for over twenty years. By 2015, however, I was getting fed-up with 12-hour journeys in big tin cans at 11,000 metres (the subsidised benefits of KLM’s and Lufthansa’s business class not withstanding), and wanting to work again on my own back yard (earlier in my career I had worked on Britain), I began to refocus my efforts more directly on Europe. Initially stimulated by the ‘curious’ involvement of Chinese state-owned companies in the building of new nuclear capacity in Britain (‘curious’ because of the strongly anti-communist/anti-socialist ideology of the ruling Conservative Party), and attracting significant media attention from a journalistic piece I had written on this – my work benefitted from a small grant from the University of Bristol (where I had moved in 2008), which allowed me to develop a ‘watching brief’ on Chinese investments across Europe.

In 2016 I was appointed to an International Fellowship at the Vrije Universiteit Amsterdam. While there, I was able to re-establish contact with two VU colleagues I had met in other contexts: Henk Overbeek (whom I’d originally met at a conference in 2006 and again in 2009 when we examined a PhD thesis at the International Institute of Social Studies, The Hague) and Pál Nyiri (with whom I had collaborated on a grant application in 2010 and a journal special issue in 2013). By then, Henk had re-focussed some of his interests on China and had been a Visiting Professor at Renmin University, Beijing. He had also co-authored the first journal article (in Global Affairs, 2015) to provide an overview of the logics of Chinese investments in Europe. It was Henk who introduced me to his VU colleague, Nana de Graaff. Nana, though an early career scholar, was beginning to attract international attention for her work on Chinese business and political elites and Pál was highly regarded internationally for his work on Chinese migration. With the backdrop of increasing media and political attention to China’s European engagements, Nana, Pál and I decided to collaborate on a China-in-Europe research initiative. Facilitated by ‘seed’ grants from Bristol and a joint VU/University of Amsterdam fund, we organised planning meetings in Bristol and Amsterdam in 2017. Building on our personal networks, eventually a cohort of 22 colleagues from Europe, China and the USA was assembled and the result was an eventually successful application to EU-COST for a research network grant.

At the core of our ideas for CHERN was the realisation that the multiplicity of vectors through which Chinese actors (Party/state, corporate, families, individuals) were impacting Europe needed to be understood both in their specificities and in relation to the dynamic totality they collectively constituted. Combined with the fact that these ‘externalisations’ from China (itself a distinctive political-economic and social formation) were ‘touching down’ in a Europe of nations constituted by a range of capitalisms, political cultures and ethnicities – though with a partly unified history and, in some cases, membership of a ‘network state’ (EU) – meant that our project had to be strongly multidisciplinary both in imagination and approach. In this, as in other ways, our vision for CHERN was that it would both incorporate and transcend other initiatives that themselves were predominantly single-disciplinary. We felt that it was only in this way that research agenda appropriate to the intellectual task of engaging the China-in-Europe phenomenon could be forged, and policy advice relevant to the significant challenges ahead, delivered.

*I am grateful to Jelena Gledic (University of Belgrade and CHERN Science Communication Manager) who encouraged me to write this blog.